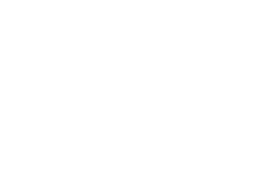 The generation born between the mid-1980s and the late 1990s was the first digital native one. It grew and shaped its both personal and artistic identity in the context of a constant negotiation between the digital and physical spaces. From the PlayStations and Nintendos of the 1990s, to the online communities that appeared around 2000 (Myspace, Netlog, Habbo), up to social media, young artists’ identity has been moulded in a dimension of experience, expression and existence that develops in addition to physical reality. The gradual normalisation and integration of this condition with their everyday life has subsequently – indeed inevitably – made it into their work, too.

So-called Millennials have grown up since childhood with the possibility of having an avatar with which to project themselves into another space, more pliable to manipulation and self-representation than reality itself. Thus, the digital alter ego has become mixed in with the process of growth and identity formation, helping to define and redefine it, to the point of rendering indistinguishable the boundary between real identity and the construction/manipulation of the ‘other’ self.

This boundary was further diluted with the arrival of social media, and Instagram in particular, now used by artists as a natural tool for ‘staging’ themselves and their practice, straddling personal branding and storytelling.

Yet this phenomenon, transforming the modes of artistic expression and the expression of identity, goes beyond mere platforms, and it is here that the relationship between art and the digital offers interesting opportunities for reflection on the triad relationship between the individual, reality – intimate, personal or external – and its visual representation.

Currently, artists seem to embrace the reality offered by the digital dimension as an additional creative and imaginative opportunity, while accepting its intrinsic conditioning. Traditional mediums are also affected by the evolution of the use of image and language in the digital field.

Thus, over the last decade, painting has elaborated and assimilated the new multidimensional and multimedia visual imagery brought by the digital and the new ‘media’. But it has also found itself reconciling a growing desire to turn its gaze inward, which has emerged in reaction to the proliferation of the digital image and the exhibitionism that such ‘social’ media impose.

An accomplice to this trend, the lockdowns caused by the COVID-19 pandemic also stimulated moments of profound contemplation, through which painting was able to reassert its own role, even within the horizon of research. When we observe the artistic operations of this generation, we notice how painting has once again become the privileged instrument of a more intimist research into one’s own identity and the idea of self-representation and reality.

Here, however, a discrepancy opens up: which reality? The material one or the virtual one? Is this meta-dimension not now also part of the experience of the real, and of our ‘social being’?

In discussing the relationship between art and new media art, we risk making a distinction that is already obsolete, because these worlds seem to be increasingly integrated into our everyday experience. Even the classic definition of painting is outdated if it refers to the purely technical dimension – the brush, the pigment. How, in fact, can we describe the exercises in expanded painting that characterise certain research? How can we speak of the pictorial imaginary without referring to the reality, including the digital reality, that forms its backdrop? In the second half of the nineteenth century, the birth of photography and cinema inspired revolutions in the conception of pictorial space; and likewise, the relationship with the digital world and its aesthetics is inevitably reflected in painting today, even when this translates into a reactive movement, through a return to tradition or to a dense materiality.

Italian artists who have chosen painting as their means of expression have rarely taken an explicit stance towards their relationship with the digital imaginary; now, that horizon is totally confused with the language, content and references incorporated into their production. Yet, each artist’s practice has interpreted this dialogue with radically different perspectives, which are interesting to explore through an overview that brings out the prevalent connections and themes.

It is worth starting with a line of inquiry that straddles the line between reflection on identity and popular culture, observed through the infinite possibilities of the Internet. This is what characterises the research of Davide Serpetti (L’Aquila 1990), who moves from the traditional concept of the portrait to capture the more subtle nuances of a hypothetical fluid digital identity. Speaking of his solo exhibition at Casa Vuota (2021), which takes the path of an expanded painting, the artist reveals his desire to ‘make the image dynamic, through an original synthesis of sculpture and digital processing’. Seriality, the reiteration of the same face painted differently, questions the recognisability of features and gender, finally resolved in androgyny, almost reflecting the neutrality of the Web. The Sleepers series is an analysis of iconography that starts from the repetition of a portrait, transporting us into the virtual dimension of the meme.

The Internet imaginary has penetrated not only representation, but also pictorial techniques. An emblematic case is that of Andrea Martinucci (Rome 1991), who has created paintings that are the result of a dialogue between acrylic and digital. The jpeg series (2014-2019), focuses on images taken from social media that form the backdrop for an overlapping of planes, details and strokes of figurative and abstract painting. The result is a remix of the Web’s own characteristic features, which are cleverly accentuated. This mode has made his work particularly recognisable, bringing the layering and montage of layers typical of the Web into painting. It is also interesting to observe the subsequent direction of his activity, a form of reaction – or perhaps evolution – that has led Martinucci to replace digital imagery with references more related to the history of painting. Taking up an apparently more conventional vocabulary, but one capable of conveying a more intimate and vulnerable dimension, the artist has put his relationship with the digital influence into perspective.

Another example worth thinking about, in terms of the hybridisation and overlapping between contemporary iconographic sources and personal memories, is the production of Barbara De Vivi (Venice 1994). She draws her working materials from the media and iconographic flux that surrounds us – expanding, but also manipulating, our perception of reality, both present and historical. After an initial digital processing and editing, subsequently brought back to the canvas, subjects taken from art history fluidly mix with her own memories, in works that are placed in a transhistorical and transpersonal sphere, like any visual metanarrative characteristic of the digital. In her most recent works, De Vivi deposits already processed and printed digital images directly onto canvas, on which she intervenes pictorially, exploring an increasingly free horizon of integration between the physical and digital dimensions.

Aspiring to fully develop the inherent fluidity and hybrid malleability of every digital image is the most recent pictorial series by Pietro Catarinella (Rome 1983), who has long been working with iconographies and iconologies of the contemporary mediascape. One among the artists who adopts the technique of layering, Catarinella fragments and superimposes references, such as to visually convey the concept of data traffic. These works seem to take to the extreme the aesthetics of the remix that the digital has enabled – mixing, directly on canvas, painting and digital images, to create iconographic cyclones in which every figure, symbolism or avatar collapses, even though references to tradition can still be glimpsed in the tones and rough outlines of bodies.

The web has expanded not only the references to the real, in a mise en abyme of forms and images, but also to the fantastical. Dreamlike, surreal, media and digital imagery mingle in a new ‘metapictorial universe’ in the works of Giorgia Garzilli (Naples 1992), Diego Gualandris (Bergamo 1993) and Viola Leddi (Milan 1993), who share a pictorial transposition of worlds created and put to use primarily through the digital. Garzilli’s dreamlike repertoire comes from a digital cinematographic montage beyond reality, which generates a magical realism of bodies immersed in suspended atmospheres. Gualandris’s fairy-tale narratives, meanwhile, feed on psychedelic fantasies that give the impression of expanding into boundless spaces, like the spaces of digital animation. Thus – perhaps because they are still too accustomed to being an ‘open window on the world’ – his paintings seem to barely contain the boundless landscapes to which he devotes himself, suffering from his own material limitations. This is why the artist has begun to integrate film projections, which animate and activate the surface, extending it towards a liminal space of augmented reality. Pointing in a similar direction is Leddi’s interesting transition. In her desire to overturn iconographies and stereotypes in the representation of women, she has moved from classical, more intimate and dreamlike forms to a new magical realism, which is placed in a fluid meta-dimension, contaminated by the omnipresent virtual landscape.

The contemporary virtual, after all, is omnivorous, making space for everything. Thus the digital joins together with the eternal return of classical iconography – for the history of the image has always been made up of cross-references and resurgences. In fact, there are still many Italian painters who look to tradition, between comparison and actualisation, such as Alessandro Giannì (Rome 1989), who takes up the narratives of art history, or the Brinanovara duo (Giorgio Brina, Milan 1993, and Simone Novara, Milan 1994), who dedicated a cycle to Paolo Uccello and continuously draw on the iconography of modern art.

We also find artists who directly question the meaning of being Italian painters today, thus using motifs and techniques from the past. This is the case of Paola Angelini (San Benedetto del Tronto 1983) who, especially after her Venetian residence at Ca’ Pesaro, during the pandemic-era isolation, reconciled herself with the rich heritage of the Italian painting tradition, in particular with classicism inspired by Antiquity and the Renaissance, or by the first decades of the twentieth century. This can be observed in her recent works, in which a layered pictorial material involves dense preparations with rabbit-skin glue and plaster. The search for a solid iconicity also leads the artist to a purification of forms, which harks back to a Renaissance primitivism later continued by the twentieth century, generating interesting and unexpected analogies with the anatomical and physiognomic simplification of various instances of digital animation.

The return to a stratified pictorial materiality, in reaction to the dematerialisation of the image, also characterises the painting of Marco Scarpi (Venice 1998), who re-presents iconic characters on canvas, extremely simplified but characterised by timeless symbolism, such as the boxer or the angel. Applying symbolic mechanisms not dissimilar to those of avatars or emoticons, these figures, however, acquire material and symbolic consistency through their dense pictorial physicality.

To conclude, if compared to the past painting has, at times, suffered an impoverishment in its technical capacity – a development which ought to be ascribed to causes and conditions that go beyond the rise of the digital – engagement with the virtual and meta-virtual today produces a creative ferment capable of renewing the relationship with this medium, both in terms of subjects and imaginaries and techniques. The surface of the canvas will continue to nourish this game of exchanges, on a par with screens. It will perhaps also allow us a better grasp, compared to other means of expression, of what is going on in the subconscious of this digital native generation, the result of a slower and more intense self-observation, through the time and introspection it requires.

In the horizon of speculation that has enveloped NFTs and the advent of the metaverse, it is hoped, then, that the involvement of artists in imagining these new worlds will also accompany a critical reflection on their use, which will inevitably change our relationship with our surrounding environment.